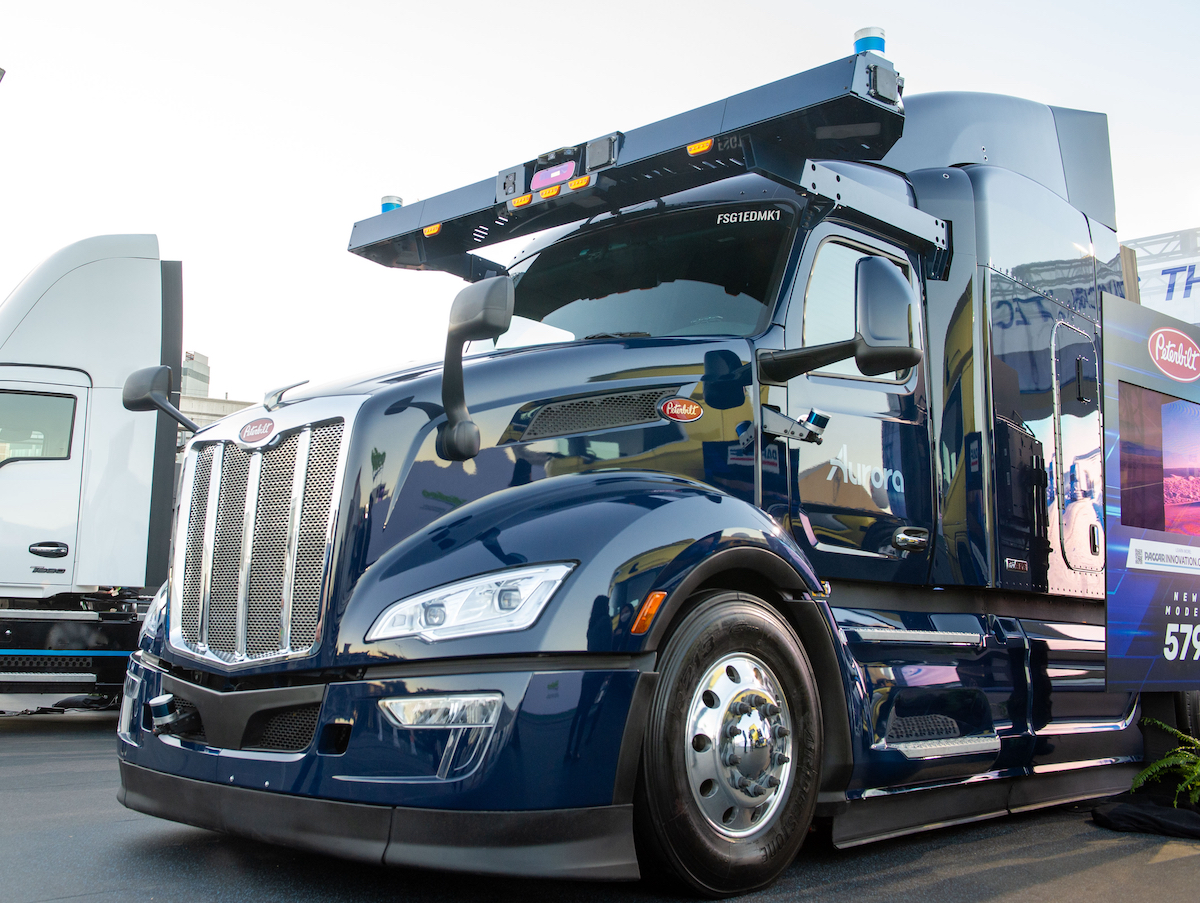 When the pandemic started, businesses needed more delivery trucks to handle consumer panic buying. The rise of online shopping has only increased this demand. Although consumer shopping habits are slowly returning to pre-coronavirus levels, many truckers have been overworked to the point of quitting their jobs. To combat the shortage of drivers, some trucking companies have set their sights on driverless tractor-trailers.

These self-driving vehicles can work long hours without breaks, but truck manufacturers still need to address safety issues. For example, what happens when a driverless platform blows out?

Why are driverless tractor-trailers a thing now?

Electric vehicles in general have grown in popularity over the past few years. Do you remember when your only option was a Nissan Leaf? You can now get electric versions of many popular models, including the Ford F-150 Lightning and the Mercedes-EQ EQS.

Electric vehicle technology has also developed at a rapid pace, so we can take advantage of these vehicles for their performance and efficiency. The Tesla Model S Plaid is currently the fastest production car ever made, claiming to hit 60 mph in under two seconds.

But what’s more beneficial to trucking companies are the sophisticated sensors used by electric vehicles (and even gas-powered cars). Cars with Level 2 autonomy use a LiDAR (or radar) system and cameras in their cruise control systems.

The driver must always be present behind the wheel, but it is much less physically demanding. Truckers have to stay in their trucks for hours at a time, sometimes half a day. Imagine having to constantly press the accelerator pedal and perform overtaking maneuvers throughout the day with only small breaks. Even if they still had to stay inside the cab, freeing truckers from this obligation would be a huge relief for many.

Overview of the backup system

Some companies have already started conducting supervised test drives with self-driving tractor-trailers. A trucker must be behind the wheel at all times, but rigs can drive long distances without human assistance. The trucker is only there to intervene in the event of an emergency, such as a flat tire or a mechanical breakdown.

However, CDL Life reports that Kodiak Robotics Inc. has a solution to this problem. A new rescue system called the Kodiak Driver would run system diagnostics 10 times in a single second. It constantly monitors engine operation, tire pressure, oil levels and battery life.

If a component requires an immediate tune-up, the backup system activates. The truck will stop at the nearest and safest opportunity to wait for human assistance.

The backup system can also run performance checks on stand-alone truck components. If even a small sensor fails, it can increase the risk of an accident because the vehicle cannot make the most informed decisions. These very sensitive sensors can easily be damaged if hit by a rock or other flying debris.

Such an event would immediately trigger the backup system. Because it allows the truck to react quickly to potential problems, this system also protects human occupants.

Driverless semi-trailers that will benefit from the backup system

Some driverless semi-trailers, such as Walmart platforms supplied by Gatik, have already been in use for several months. There are only two at the moment, and the routes they take would be short. However, that could change with advanced (and readily available) security technology.

Tesla is also developing an autonomous tractor-trailer, although the company is experiencing extreme delays due to chip shortages. Still, chances are Chinese competitor Homtruck will come to America to take the place of the Tesla Semi. If successful, the Kodiak Pilot would likely be implemented in these self-driving trucks (and more) across the country.