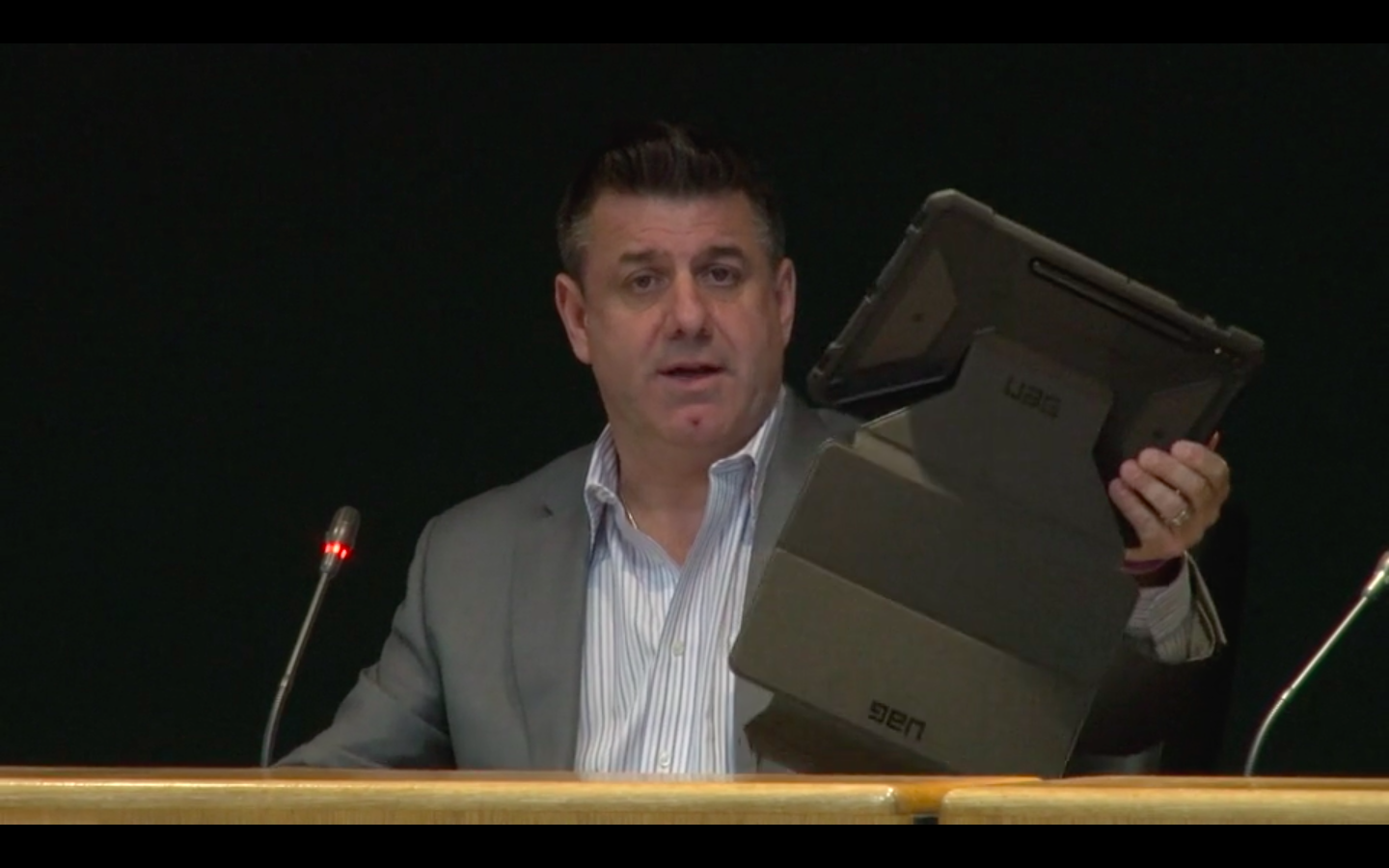 The council first appeared with the tablets at its April 26 meeting. First Ward Councilor Robert Costantino explained the reason for the move.

“We have these tablets in front of us now,” Costantino said. “We don’t search on Google. Have been do not pay no attention.”

Agendas are now sent to the board online and can be viewed at meetings on tablets. It was an environmentally conscious maneuver, according to Costantino.

“Agendas are now digitized and sent to us online,” Costantino said. “That should save us thousands and thousands of sheets of paper, a few trees a year hopefully… That’s pretty cool.”

After the meeting, Jeffas told the Hudson Reporter it was sort of a modernization of the council, basically bringing it up to speed with the other modern systems and technologies present in the city hall.

“We always used paper packets,” Jeffas said. “So I tried to migrate to something digital so I wouldn’t waste so much paper.”

Another aspect of the introduction of tablets means easy corrections or changes to all agenda items, which, in turn, also saves more paper.

“If there are corrections, it is much easier to transfer those changes and communicate them to the board members. So we upgraded and everyone got a tablet,” Jeffas said. “The council can now work on their tablets on all council agendas, all updates. Everything can now flow at any time. If I make changes to agenda items and things like that, I can just put the changes into my computer in a common drive and everyone will sync.

“It’s much more environmentally friendly,” Jeffas said. “In terms of overall costs, we are saving money there. And it’s also good for a more efficient meeting.

And the council had no problems with the new technology, despite some of their ages.

“We brought technology from all of our board members until the 20and Century,” Jeffas said. “I was afraid that some would be a little reluctant because they are used to this paper. But everyone was good with the tablets.