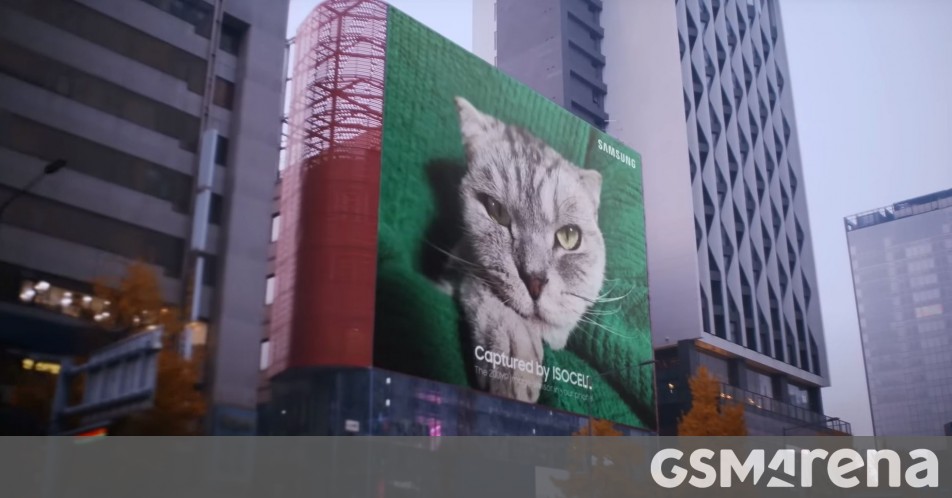 Samsung unveiled its 200MP ISCOCELL HP1 back camera sensor September from last year, but we still haven’t seen a device with the massive sensor. This could change come July with an upcoming phone Motorola and Samsung released a video detailing the sensor’s capabilities.

The purpose of the video is to show how much detail the HP1 sensor can retain. Although no phone was used to demonstrate the new sensor, we saw it hooked up to a Frankenstein rig complete with a test board, external display, and an additional lens that allowed a group of Samsung engineers to capture detailed cat photos.

The final 200 MP were then printed on an industrial printer. The final result ? A 28 x 22 meter canvas made up of twelve separate 2.3 meter long pieces that were sewn together and hung from a building. The actual photo was of course optimized and adjusted by the photographers behind the scene. The big advantage is that you can zoom and crop images without losing detail.

Shopping online? Here’s what you need to know.