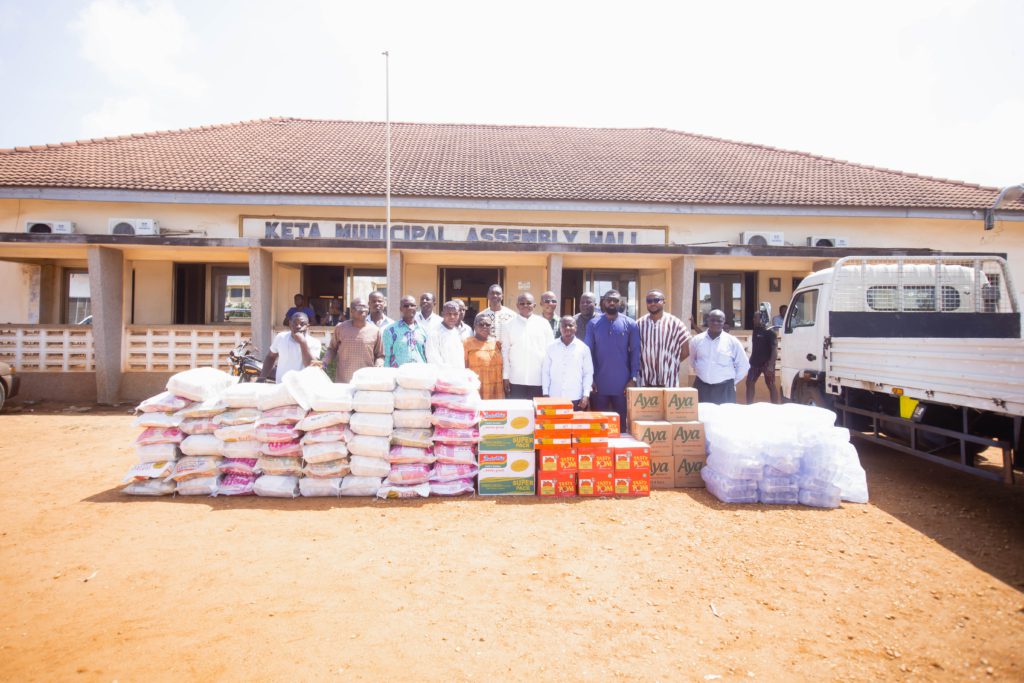 The ceremony which took place on Tuesday 23 November on the forecourt of the Keta Municipal Assembly follows the recent tidal wave in Keta which destroyed several properties and left hundreds of households homeless.

The municipal assembly on behalf of the victims received items, including packages of noodles, bags of rice and packages of canned fish. In addition, cans of tomato paste, cartons of cooking oil and sachets of water in sachets were given to the victims as a means of support to cushion them in these difficult times.

Speaking at the event, former NHIA boss Mr Sylvester Mensah said he hoped their widow’s mite would help bring some comfort to the displaced in the three coastal districts. , indicating that they might come back with more support.

Mr Emmanuel Mensah, for his part, said he was moved to give his cousin his hand for the donation following the words he heard from a distraught woman who said: “whenever I hear of waves, my heart beats “which he said conveyed the extent of the devastation of the sea to the people, to him.

He said the “token” was to show concern and concern for those suffering from the impact of an act of nature.
Mr. Emmanuel Gemegah, Keta City Manager, who received the donation on behalf of his two other colleagues from Ketu South and Anloga District, thanked the donors for their thoughtfulness.

He prayed to God to replenish their stock so that they can return another time to support the victims and help rebuild our homeland.