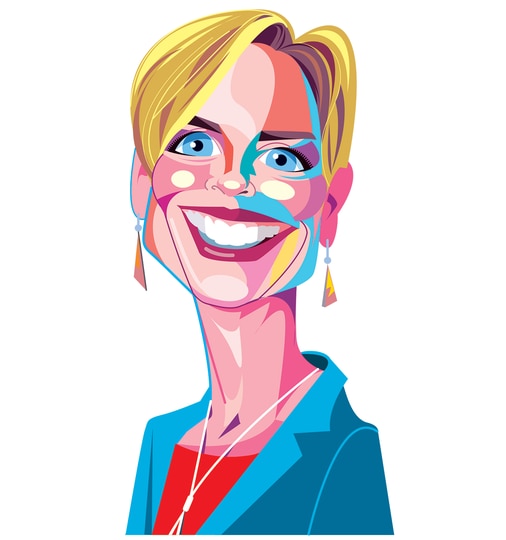 What might end up being the biggest change has come in part because of COVID-19. Margherio was about to sign a lease for a fourth warehouse, to serve the New York market, when the coronavirus forced her to rethink the physical model and explore digital expansion. Eventually, she developed a new online platform called “Giving Factory Direct” that allows people to match with a specific child in need and ship items directly to a social service provider who can deliver the items. This effort was launched last year, to serve New York, and has since garnered donations from 32 states. Margherio plans to serve other cities this year. She estimates that approximately 20 million children across the United States suffer from “clothing insecurity”. “It’s a big elevator,” she said. “Children are [often] oversized clothes a few times a year.

Get the pace of innovation

The Boston Globe’s tech reporters tell the story of the region’s technology and innovation industry, highlighting key players, trends and their importance.

Many companies have both physical and digital branches. The same goes for Cradles to Crayons.

“We are hopeful that we can expand Giving Factory Direct to serve children across the country,” Margherio said.

Physical locations will remain important, in part by providing a volunteer option for employers and their workforce. The number of local businesses with volunteers who have sorted packages or otherwise helped is too long to list, but some notable ones include the retail giant TJX Cos.law office Foley HoagAdvice Bath & Co.and Bank of America.

The former business consultant knew she was onto something 19 years ago, the first time she walked into her new warehouse in Quincy – her office landlord told her to find a new space for all that – and saw a room full of volunteers she didn’t recognize. Margherio said, “It was then that I realized the power of volunteerism to drive our mission.”

Amazon doesn’t just deliver a seemingly endless supply of packages to Boston. The online retail giant also just committed nearly $1 million to help the city’s young sportsmen and a number of “underserved neighborhoods” across the state, including several near an Amazon warehouse. Amazon made the announcement on Saturday, timed with southern baseballopening day parade.

Among the dozens of beneficiaries: the Boston Triathlon, held each summer at Carson Beach on the South Boston/Dorchester line. (Amazon does not yet have a warehouse in Boston, although Widett Circle, not far from the beach, is considered a potential site.)

Ethosthe company run by the race organizer Michael O’Neilannounced that Amazon is now a Triathlon Community Partner, helping to ensure that its July 23 “Kids Day” events will be free for everyone. Columbia Threadneedle Investments remains the title sponsor of the triathlon.

“I’m really happy the race has grown to such stature that we’re recognized by such a great company,” O’Neil said. “And I’m flattered that they have a common vision with us and the important work we do with children.”

Should the healthcare system be more like the banking system?

This was essentially the question posed by CNBC journalist Bertha Combes last week at Anne Klibanskigeneral manager of the Mass General Brigham hospital network and Bank of America CEO Brian Moynihan. The trio appeared together at the Global Medical Innovation Forum held at Westin Copley Squarean event organized by MGB and sponsored by the bank.

“If I was in Fiji, I would probably go to the ATM and safely withdraw money from my account at an ATM,” Coombs said. “I’ll probably pay some fees, but I’ll get it.”

In contrast, Coombs mentioned his late mother’s experience a few years ago. She went to the emergency room at Brigham and Women’s Hospital to heal a broken arm. But having his scans transferred from the Brigham to his mother’s orthopedic surgeon at New England Baptist Hospital, less than a mile away, proved difficult. How do you create an infrastructure, Coombs asked, to securely transfer this information between health systems?

Klibanski said MGB (formerly known as Partners HealthCare) is working to address this issue, in part by hiring Jane Moran at the end of last year to be the system’s first chief information and digital officer. Moran, the former news director of Unilever“has already begun to completely transform the way we look at data” and to ensure that data can be transferred securely to other providers, Klibanski said.

“We need people to be on a fully digitized healthcare platform,” Klibanski said. “That is of course the future that we are all aiming for.”

All eyes are on energy

But all eyes were on the representative Jeff Roy and senator Mike Barrett to the forum that the State House Press Service held last week to discuss how Massachusetts can meet its 2050 goal of being net zero on carbon emissions. That’s because Roy and Barrett are leading negotiations to put together the state’s new climate bill. And it looks like there will be a lot of negotiations, mostly hidden in the secrecy of a House-Senate conference committee.

The House version, championed by Roy, focuses on powering the state’s offshore wind industry. Barrett’s Senate proposal, meanwhile, is much broader in scope, also addressing heating emissions and other climate issues. Can they do it before the July 31 deadline set by the Legislative Assembly? It won’t be easy.

Barrett said the House bill was too focused on “short-term business opportunities,” while Roy said the only people who don’t want the Massachusetts legislature to focus on offshore wind are found in rival states such as New York and New Jersey trying to foster their own offshore wind industries.

Barrett tried to assure the crowd of environmental activists and energy industry types that the talks would be fruitful. “We are personal friends and enjoy working with each other,” Barrett said of Roy.

To which Roy jokingly replied, “It depends on what food you bring to the conference committee.”

New England Patriots owner Robert Kraft surely caught the attention of young Pats fans at the annual dinner to The Rashi schoolheld at Harbor Hotel Last week. One of Kraft’s foundations had purchased a table for the event, but the school principal Adam W.Fischer didn’t necessarily expect Kraft himself to make an appearance.

Kraft was supporting the Dedham School because alum Clara Scheinmann was honored for her dedication to social justice. Scheinmann is director of programs and strategy for the Kraft GroupFoundation for the fight against anti-Semitism.

“During our conversation, he was kind enough to say, ‘It must be a great place if you graduate people like Clara,'” Fischer said.

Kraft created quite a stir when he entered the room, especially among “a particularly athletic group” of eighth grade boys, Fischer said. “They rallied around him,” Fischer added, “like he was the biggest pop star in the world.”